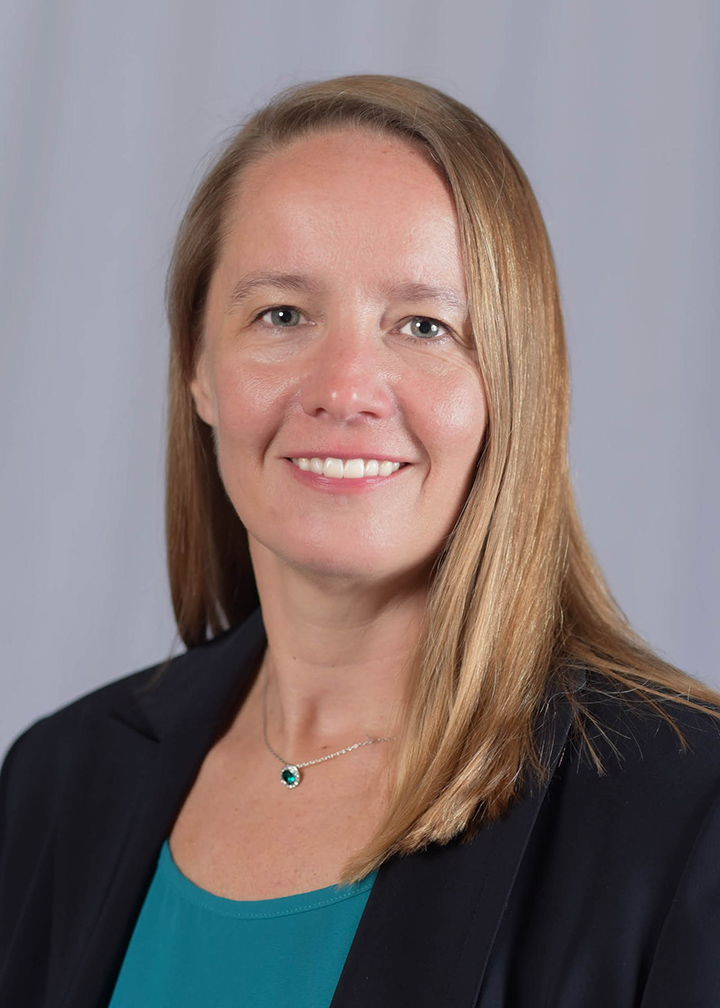 Jill Harrington grew up on a small lake in Glastonbury, Conn., which from a young age inspired her love of nature and science. Today, as a mother and a teacher, her love for adventure and experimentation carries over into her physics classroom every day.

“Living in a lake community connected me to both the environment and to the people around me,” Jill says. “The effects local issues were having on the lake were always a topic of conversation, and activities on and around the lake were a part of every season of the year.”

Careers involving the environment also ran in the family: Jill’s mother was a real estate attorney who worked to ensure that building projects were completed in a way that would protect the local environment, and her grandfather worked at Pfizer in the 60s where he did a lot of work with sustainability. That meant when it came time to choose a college, studying environmental science and geology at the University of Vermont (UVM) was a natural fit. In addition to studying, working as a TA, and continuing her love of exploration, Jill also continued her love of sports and played DI volleyball at UVM.

“Late in my time at UVM, I decided that I wanted to teach, but I hadn’t pursued my teaching certification,” explains Jill. “All of my part-time work and volunteerism were basically teaching positions, so I thought that dedicating my senior internship and thesis to the field of education would make me a viable candidate for a teaching position when I graduated.”

It worked. After a year as a teaching assistant in the West Hartford public school system, Jill was hired to teach science at The Ethel Walker School where she remained for the next 20 years as a teacher, mentor, and coach.

“When I applied for the job at Walker’s, they were facing three science teachers leaving. I was a generalist, so I could pick up a lot of what they needed to cover quickly,” she says. “As I started my first year at Walker’s I had planned to be there for two years, to get certified, and to go teach in public schools. Having been a public school kid, I didn’t know what I’d been missing in the private school world. I quickly came to love the nature of life and the sense of community at a private school. I value places where education means so much more than simply what happens in the classroom, where the goal is the growth of the whole person.”

She also earned her M.Ed. from Central Connecticut State University while teaching at Walker’s, where she served as the Science Department Chair, Dean of Faculty & Studies, Dean of Academics, and Registrar. While at Walker’s, she taught a wide range of classes including Earth Science, Human Biology, and Physics. She also designed and taught Walker’s first forensics class and a cross-disciplinary environmental studies class. As the Varsity Volleyball Coach at Walker’s, Jill built the program from one with little experience into a consistent contender in the New England Tournament, leading the team to the tournament in eight out of her 16 years as head coach.

In 2018, Jill discovered a new and fulfilling home within the walls of Avon Old Farms. Here, she has found the brotherhood to be supportive and rewarding, and something that her two young sons are already looking forward to becoming a part of.

“The faculty at Avon are second to none and make me feel like a valuable team member who is changing the lives of these boys,” she says. “In my role as an academic dean and the registrar, my love for puzzles is a terrific asset. I also truly enjoy working with the students to solve problems, find solutions, and feel really good about helping them move forward with a plan we designed together. I am able to see the big picture and manage a ton of detail at the same time. When a boy is struggling, I help uncover where that is coming from, and how we as his supporters can get him back on his feet.”

In the classroom as a physics teacher, Jill loves it when her students come to her and tell a story where the physics lesson from class happened to them in real life. She shares that, as a high schooler, she actually didn’t like her science classes, aside from an elective in geology, because it didn’t connect to the world around her. In her classrooms, those real world connections are the focus of each lesson, and she strives to have her students actively doing something in class every day.

“It's more than physics,” she says. “I use physics to get there, but the lessons are much greater. It’s the same conversation in the academic office. When kids are finding their way and I get to be a part of that journey, that’s what makes my work rewarding.”

Jill lives in Simsbury with her husband Matt and their two sons, Seamus and Rory.