Donald Pierpont to the Class of 1967

Join your classmates for cocktails and a catered dinner at the home of Headmaster Kenneth and Heidi LaRocque at 6 p.m. 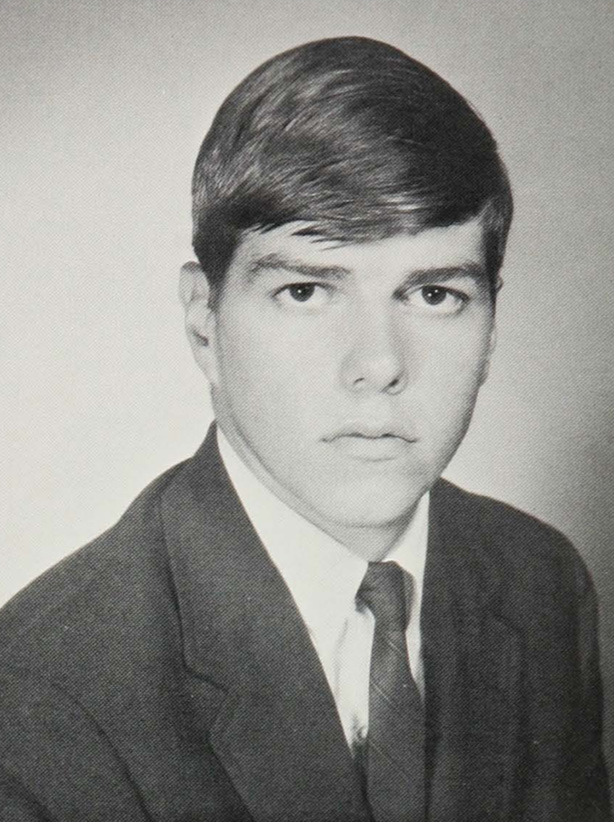 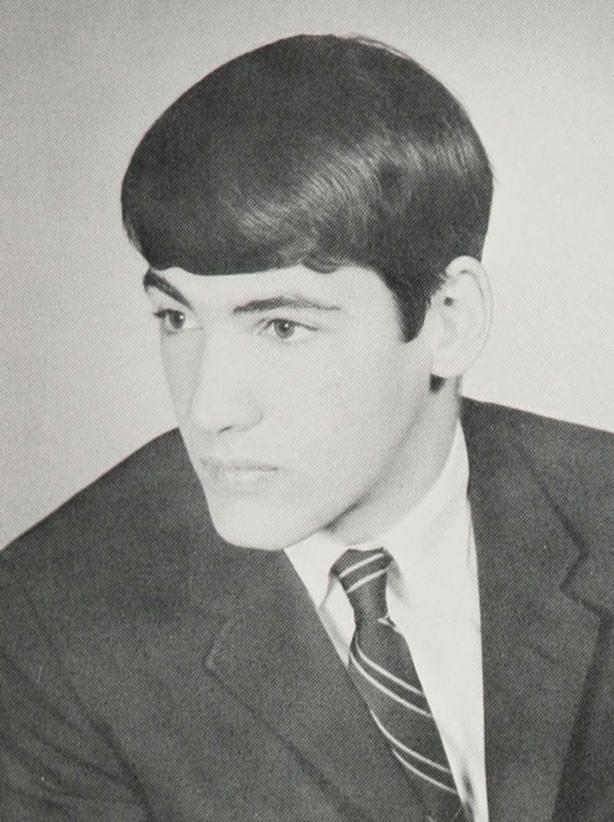 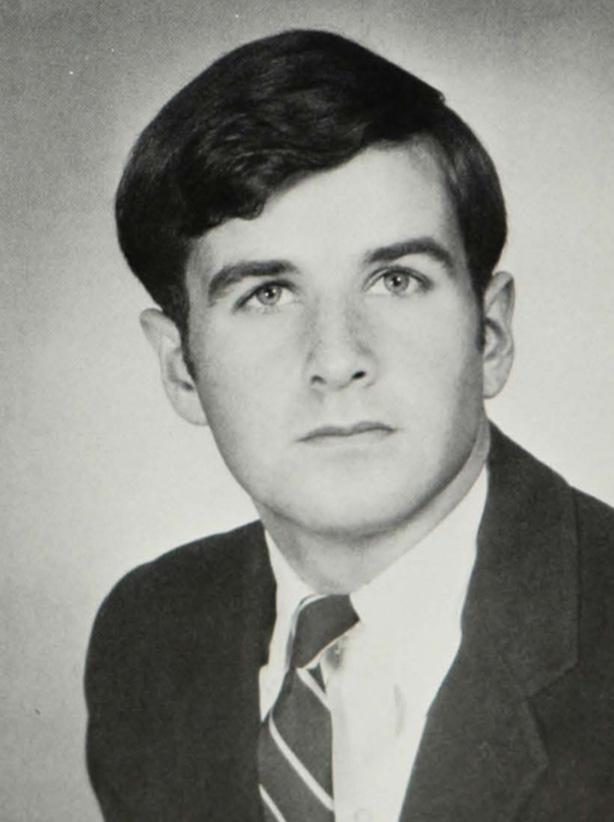 It only takes a moment to feel the passion Jim Corrigan, class of 1967, has for Avon Old Farms School. His involvement is a tapestry of many colors: student, parent, donor, and board member. His history with the school is a long one, and this coming spring, he will celebrate his 50th Reunion of graduating from Avon Old Farms School.

While attending Avon Old Farms as a junior and senior, Corrigan became woven into the fabric of the community. He tried his hand at football, basketball, and baseball – a sport for each season. He remembers how Coach Herb Cochrane was a stern but fair coach, and how he captained his senior year's baseball team for Coach Ed Saxby, which only had two pitchers. He thinks fondly of his advisor, Seth Mendell '52, who helped shape his time and direction while at Avon Old Farms School, and of Sid Clark, who opened many eyes and minds to poems and literature. Corrigan credits Avon Old Farms for pointing him in a solid direction. After graduation, Corrigan studied at Westminster College in Pennsylvania, where he earned a degree in history. He married his college sweetheart, Carol, and they moved to New Hampshire.

It was Avon, Corrigan says, that impressed upon him the ability to understand responsibility, leadership, and cooperation - traits that helped him establish his own industrial real estate sales brokerage firm, The Corrigan Company, at the age of 32.

"I don't think Theodate's grand architecture technically inspired me to become involved in real estate, but the vision she had, of building an indestructible school for boys, certainly did."

"I was amazed at how much more content the students in Andrew's class needed to learn," said Corrigan with an impassioned tone, the wonder of it heavy in his voice. "The world was at their fingertips; yet, even with the 30 years that had passed between our time at Avon, so much was the same. Headmaster George Trautman did a great job of knowing what the school needed to be successful, and made it happen with those classes." Corrigan has many stories to share about revisiting Avon, many of which seemed to unite his time at Avon and his son's together.

"When I returned to campus on a fall afternoon and waited for Andrew to finish his classes so I could drive him home to New Hampshire for Thanksgiving break, I was always amazed at how similar the boys were to my own classmates," recalled Corrigan. "Is that Malcolm Hirsh? Doug Matthews? Scott Caldwell?, I would think, before realizing it simply couldn't be."

Corrigan loved Avon Old Farms, and the school leadership recognized that. While Andrew was still at school, Headmaster LaRocque introduced the idea of being profiled in the school's publication, The Avonian. However, not wanting to impose too much during his son's time at Avon, Corrigan declined.

"It was his time at Avon, I had already had mine," he thoughtfully shared. "Each class of students has the ability to make Avon a new place each year and I wanted to see what Andrew's legacy would be, unblemished by any of my influence. Andrew being at Avon did reignite my feelings for the school, though, so I did want to get involved again."

He did however, accept an invitation to join the Board in 2000. As a member of the board, Corrigan has witnessed how the school has grown, and has watched a brotherhood solidify.

"Long ago, there was a movement toward the brotherhood that Ken LaRocque champions, but he was the first to call on it," said Corrigan. "At Avon, when a person passes you on the Village Green, they look at you and greet you. The students support each other, whether on the fields, on the stage, or in the classroom. And all of that is taught in a way that inspires confidence. A confidence that students take with them when they graduate."

Corrigan says that he feels these things more than he actually knows them, but believes anyone who knows Avon and has engaged with the students here would feel the same thing. This spring, Corrigan is excited not only for another opportunity to visit the campus, but also to see it filled with his old classmates.

"I am excited for my friends who have not returned to the grounds of Avon Old Farms since they graduated to rediscover this old spot, and to recognize it still," said Corrigan. "They're going to see the facilities, the demands put on the students of today, and the programs that are available. They're going to see all that Avon has become, and be amazed at how familiar it still feels."

This year Avon Old Farms School will celebrate Jim Corrigan and the rest of the 1967 graduating class during Reunion Weekend, May 12 – 14. To RSVP for a class reunion celebration this spring, please contact Liz Abramson at abramsonl@avonoldfarms.com.

Andy Schorr ’67 has made the transition from local and national television reporter and producer (producing the popular Evening Magazine program in the ’80s) to becoming a pioneer in online health communications for patients. Along the way, Andy and his wife, Esther, have won numerous national awards and changed the lives of many patients living with serious conditions. Andy founded “HealthTalk,” an online community extension of EverydayHealth.com, that features blogs, webcasts, and video content, accessible to patients and caregivers facing serious diseases and health conditions, and the medical professionals who treat them. The site incorporates medical advice and commentary from world-renowned experts.

In 1996, during the development of “HealthTalk,” Andy became a patient, himself, after a routine blood test detected CLL, the most common form of leukemia in adults. Through his own diligent research, he found the medical help he needed via a clinical trial in Texas, 2,000 miles from his home in Mercer Island, Washington, and received experimental treatment that put his cancer into remission; the treatment would be approved by the FDA 14 years later. In 2005, Andy left “HealthTalk” to found Patientpower.info, which benefits over 3 million patients. Next, stay tuned for Andy’s first book, The Web Savvy Patient, in 2011.

Andy’s journalism degrees from UNC-Chapel Hill and Columbia have served him well. With Esther, he wrote and produced a video that served as Avon’s prime admissions piece in the late ’80s and beyond. Still deeply committed to Avon, he would now like to show the School’s impact through interviews with students and their parents. 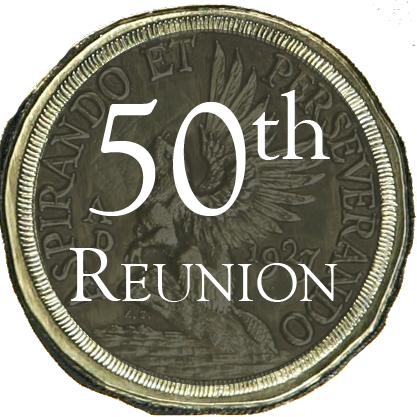 Progress as of April 28: 21% Participation