Now we gather, Men of Avon, Men of honor, men of will

"I always thought there were two paths, the right one and the wrong one. Now I know there are as many as I can imagine, and I can take any one I choose. I'll thank the Farm for that."

Catch up with your classmates over appetizers at 6:30 p.m. 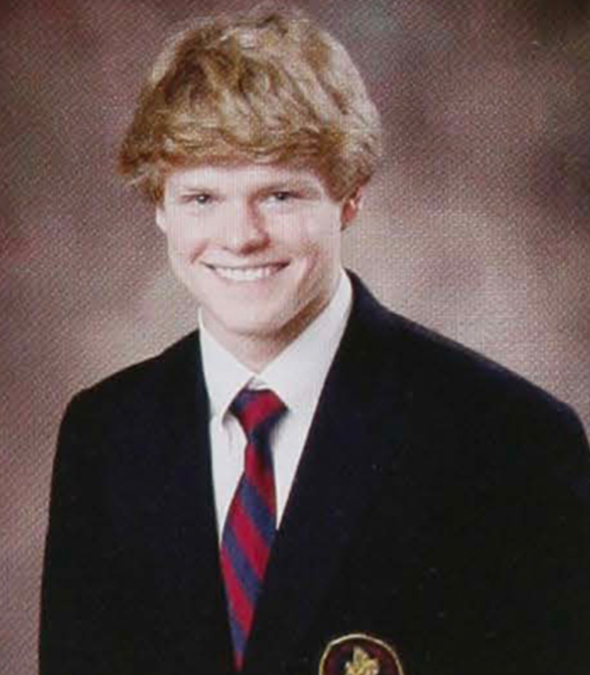 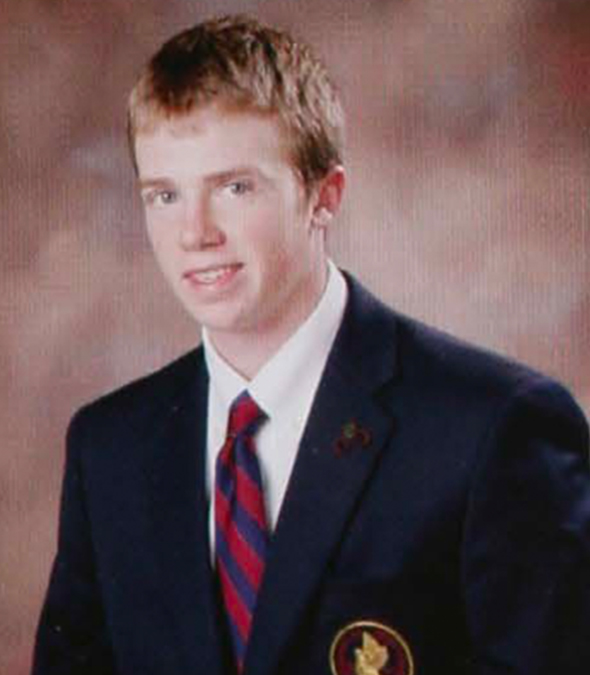 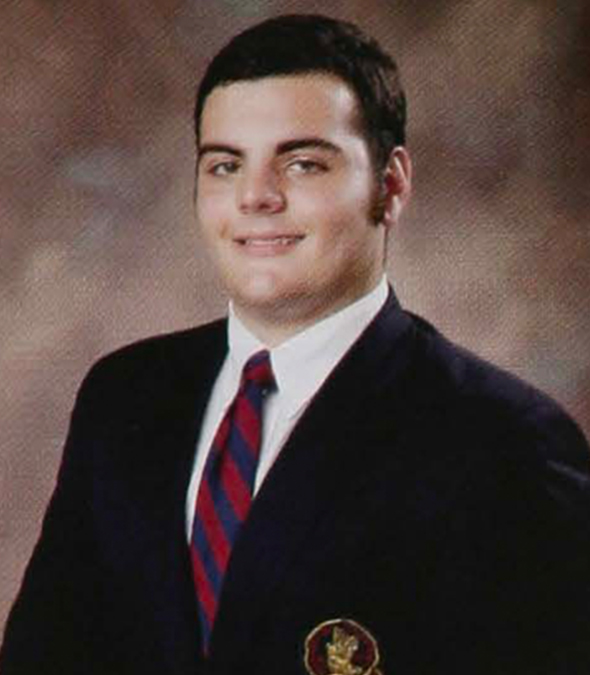 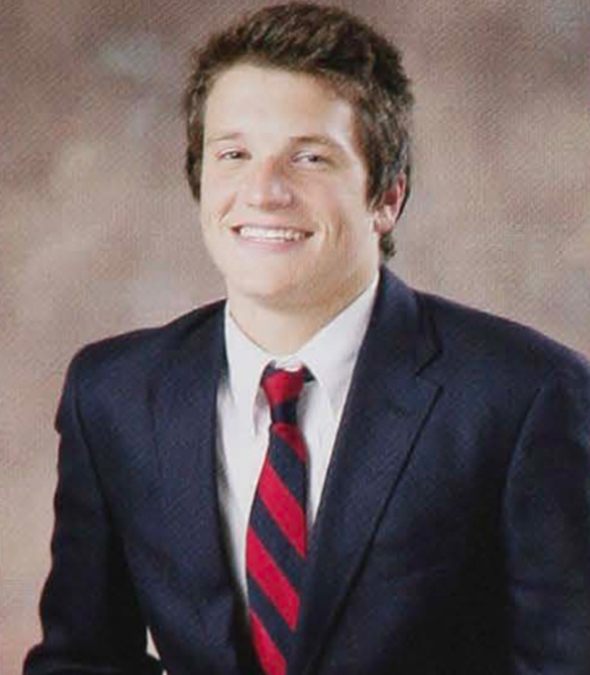 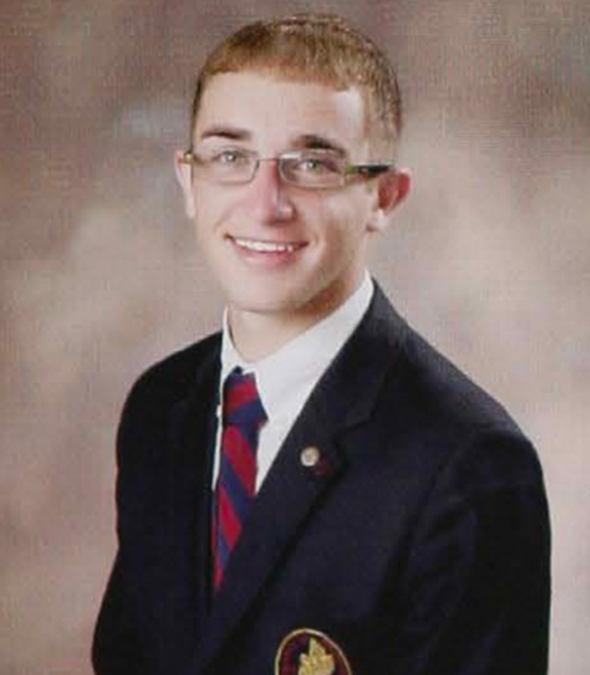 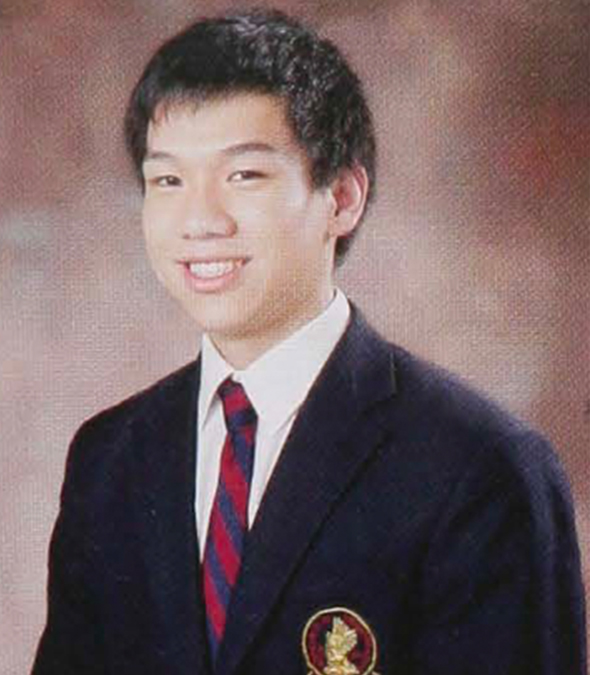 Now a sophomore in college, Nnamdi continues to thrive. "My time at UConn has been amazing so far. I’ve met a ton of great people, both friends and faculty, and have had an overall great time. Choosing UConn was one of the best decisions I’ve ever made," he shares.

The transition wasn’t easy for Nnamdi, however; the magnitude of the Storrs campus, which boasts more than 30,000 students enrolled, proved more than a little daunting. "I was overwhelmed by the sheer numbers," he recalls. "Of people, of clubs to join, of requirements I have to meet. Soon enough, though, I found my niche, and the experience has been great ever since.

"I’m not going to lie, though; one thing I miss about Avon was the extremely close community," he continues. "It seemed like everyone on campus was one of your brothers and that is almost impossible to replicate in a place as big as UConn."

Nnamdi seems to be doing just fine, though, when it comes to finding new brothers: at the beginning of this year’s season, he walked onto UConn’s perennial powerhouse men’s basketball team.

While playing basketball at UConn’s rec center, he met a couple of other walk-ons and the managers, and they suggested he try out for the team. And, as he says, "The rest was history!"

"One thing I quickly realized was that collegiate sports is a whole different beast,” he notes. “Between practice, games, and travelling, the time commitment is incredible, and because of that I really had to learn to manage everything."

A typical day for Nnamdi this winter began at 7 a.m. with breakfast, classes until around 2 p.m., and basketball practice until 4:30 p.m., followed by a three-hour lab. "A pretty long day, if you ask me," he jokes. He’s taking it all in stride – an attitude that’s also reflected on the basketball court, where his teammates credited him with being the workhorse whose strength and persistence helped them improve dramatically.

"We just basically let him go wild in practice, let him push people around and get us ready," observed UConn forward Phillip Nolan. "We feel like trying to contain him in practice all year, we’re pretty ready for whatever. He makes everyone have to be on alert and bring their 'A' game, or he’s going to bully you."

Amida Brimah, a 7-foot freshman center, concurs: "You see how big he is? He always pushes you, makes you work harder. That’s how we got better, because he’s always in practice full of energy. Playing against someone like Nnamdi, someone who’s strong like that, always gets you better."

Nnamdi takes that role seriously. "From the beginning, I realized that I wouldn’t be effective if I didn’t bring energy to every play, so that’s the mindset I got into whenever I went to practice,” he explains. “Even though [the walk-ons] weren’t winning the games, by pushing and preparing the scholarship players we played a role in the team’s success."

That success, of course, has been pretty remarkable as of late, as the Huskies just won the 2014 NCAA national championship!

"It was amazing to be able to cut down a piece of the net and to stand under the confetti," he recalls of the title game versus Kentucky in Texas. "Just as good as that, though, was coming back to Connecticut for the parade. The sight of all those people coming out to support us made the magnitude of what I was a part of truly set in. I’m really thankful to have been able to be part of such a thing and it’s definitely the highlight of my time at UConn."

The Avon Old Farms community was recently shocked and saddened to learn of the sudden passing of Pedro Vega '12. While we mourn the loss of such a remarkable young man, we also celebrate the life he lived, and all the people he inspired along the way.

All who knew Pedro described him as goal-oriented – a person who aspired and persevered through challenges to become the outstanding gentleman he was at the time of his death, and a true man of Avon.

Sue Nentwig, Pedro’s college counselor, captured Pedro’s extraordinary spirit in his college recommendation, describing him as a charming, sincere, and truly charitable young man. “In all that he does, Pedro is guided by a kind heart and bedrock values,” she wrote. “It is his dedication to others that we have come to expect from him; he will support all worthy causes and it is unimportant to him whether he is in the limelight or behind the scenes; he will work to see it through.”

Pedro worked hard to adjust himself to the rigors of academic life at Avon, utilizing enrichment hour and the Learning Center, to build his confidence, find his classroom voice, and earn higher grades, culminating in his receiving the Award for Outstanding Improvement in the Academic Area his senior year. All the while, he was also immersing himself in the Avon way of life. Pedro devoted himself to many community service projects; he was a three-year member of the radio station, WAOF; he worked on the school newspaper for two years; he played varsity basketball; and he was an admissions ambassador for three years, a testament to his stature as an exemplary Avonian.

Pedro was also a talented and passionate vocalist, and a two-year member of Avon’s elite singing group, the Riddlers. Director of the group Bryan Zaros was close with Pedro, and expressed his profound grief with a beautiful tribute:

“It is hard to find the words that fully express the loss I feel after the passing of a former student, a friend, and a brother. Pedro, you were a beautiful human being; a gentle spirit, a loving heart. You were a dreamer, a believer, a man of promise, a man living with destiny. I will always remember your voice resonating with sweetness and a humility that gave me pause. There was a special power in your voice inspired by the true sincerity of your heart. You lived your days full of gratitude and understood, with a maturity beyond your years, the gift we are given in the every moment of our lives. I, too, find myself grateful for I was given the rare opportunity to witness you live this gift fully, embracing it with unbridled enthusiasm, determination, and passion. I will miss you dearly, my friend and brother, and I will remember you.”

The Avon community remembered Pedro with a moving memorial service in the Brown Auditorium on December 19th, when more than 300 family members, alumni, teachers, and friends celebrated his life and joined together to support one another through memories and music.

In honor of Pedro, the family of RJ Previdi '12, one of Pedro’s close friends, has started the Pedro L. Vega '12 scholarship fund. The Previdis will match, dollar-for-dollar, all gifts to the fund up to $12,500. The Vega Scholar will be named in the first academic year upon the fund reaching a minimum of $25,000, and will be used to support a student with financial need. In selecting the boy to be named the Vega Scholar, the Previdis hope that Pedro’s effervescent personality and dedication to improving his scholastic record will be taken into consideration. Also, as Pedro was an important member of the Riddlers, preference may be given to a student with financial need for whom singing is also a passion. 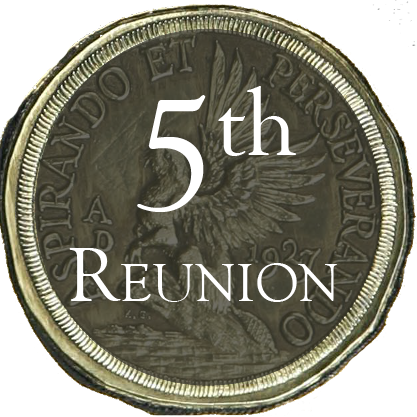 Progress as of April 28: 20% Participation