Join us for a virtual happy hour!

"Smoke and fire, thunder and lightning, nipped in the bud of full bloom, leaving memories and magic ringing across the years."

During his tour of duty in Desert Storm, U.S. Marine Corps Major John Bourgault ’80 wrote to his Avon Old Farms mentor Sid Clark and asked, “What does it take to be a teacher?” Sid’s answer: “Good character and a college degree.”

The seed had been planted, and thus began the California native’s transition from his 20-year career in the Marines into his current role as a faculty member in the history department at Avon Old Farms School. However, it was certainly a leap of faith: “Major” had fully invested himself in the life of a Marine, experiencing four tours of duty overseas, and holding positions ranging from helicopter pilot, to infantry officer, to deputy director of the Marine Corps Martial Arts Program. Not having secured a job at Avon yet, he was just about to go with another offer, when Ken LaRocque called him in May of 2004. “The rest is history,” he says.

John observed that “being a teacher is exactly the same as being a Marine: it’s all about trying to get people to believe they are better than what they think they can be, setting an example, holding your men to standards, fostering relationships, and taking care of people. The transition was seamless.”

That attitude has extended John’s impact beyond the classroom; in addition to his role in the history department, John is also the head coach of the varsity wrestling, cross country, and track teams. He has amassed a following of student-athletes who stay with him from one sport to another across all three seasons.

He was also privileged to experience another important role while at Avon: dad to Jake ’09. John cites “handing my son Jake his diploma at Avon’s 2009 Commencement” as one his most defining moments at Avon.

And while John’s tremendous contributions have been felt by the entire Avon community in his relatively short time here, he’s most recently made waves for his work on a larger scale. As the founder of Avon’s annual Push-ups for Patriots fundraiser, John spearheads an exciting school-wide event to support the Semper Fi Fund, which benefits wounded marines. Held in the Tiernan Wrestling Room, the event spans 24 hours, during which groups of Avon students and faculty members complete, in rotations, 10 push-ups each minute, totaling more than 14,400. However, for the last three years, John has achieved this momentous feat all on his own.

This year’s event was held April 16th-17th. Various students, faculty members, and staff supported John throughout the challenging, exhausting event; his family was there for the duration, contributing food and moral support. At the 24th hour, as the last minute of push-ups approached, John shouted to the room full of supporters, “Everybody does the last 10!” All in attendance tried their best – including John’s mother. Then the group faced the flag, and “The Star Spangled Banner” was played in honor of the cause and those they were supporting. Major Bourgault reminded the Avon community that “we can all make a difference.”

For more information about the Semper Fi Fund and how to make a tax-deductible donation, please visit www.semperfifund.org 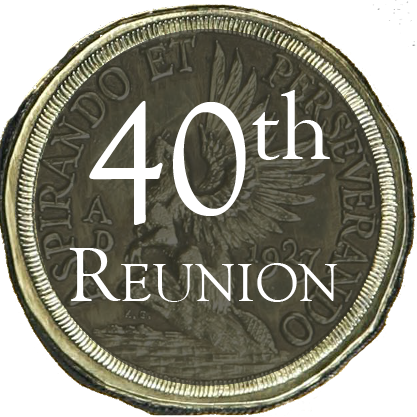