Join us for a virtual happy hour!

"This school has helped teach me lots of lessons. Some lessons were crucial to everyday existence and others were the little things that make life easier."

David Gordon '90 has gone green! The former Boston College football star traded in his maroon & gold to be part of the National Green Building Program. A renowned builder in the Hartford area, David has received praise for being at the forefront of energy-efficient construction. His company, Poirier Homes, has been an energy star certified member of the National Home Builders Association for the last five years. According to David, the next generation of homes will incorporate environmentally friendly materials such as wood harvested from a renewable forest and use both solar and geothermal energy. In fact, David lent his expertise to the recent solar panel project on the roof of the Jennings Fairchild Rink. With David's help, our Men of Avon are learning how to be responsible caretakers for both the AOF community and our planet. Curt Detweiler ’90 has traveled the globe. Not long after graduating, his career in advertising took off – professionally and geographically.

“Since leaving Avon I have lived and worked in Singapore, Los Angeles, Tokyo, Paris, New York, Hong Kong, and San Francisco,” he comments. “It has been quite a ride. I feel pretty blessed to have had the opportunity to live in such special cities.”

His travels have not only afforded him a lifetime of memories, but also a global perspective that has shaped his career. He encourages students to experience the global village in order to better themselves both personally and professionally.

“You really do need a global view,” he notes. “When I am in America I feel very isolated. There's just so much going on out there. Travel and cultures other than your own give you such valuable perspective.

Curt’s time at Avon will also be forever memorable to him; particularly, he notes, because of the brotherhood he found here to help endure some of the more difficult days.

“Avon tested you on every level,” he says. “You learned to be mentally tough. It's hard to eat, sleep, study, and compete with the same guys day in and day out for years and years and not forge meaningful bonds.

“My last two weeks at Avon, while fun, were incredibly tough,” he recalls. I simply did not want to leave.”

In addition to his peers, Curt also built relationships with his teachers. “It really is the faculty as a whole that stands out,” he notes. “They were all stylistically so unique to one another and I think that is a big reason for the school’s success.

“Leo Kostelnik was an insightful English teacher and a hard driving wrestling coach,” he says. “If anyone could get you to dig deep and find something you didn't think you had, it was Leo; truly his own person.

“Jamie Larochelle never let me down,” he continues. “He was always there for me, and he was a great teacher. I am grateful for his council and for the time he gave me. He genuinely cared, and he had a terrific sense of humor.”

Curt won the Grand Prize at the New York Festivals International Advertising Awards for a breast cancer awareness commercial he did for the Singapore Cancer Society early on in his career. The Singapore government banned the commercial. “We petitioned and petitioned to get it on air, but the governing bodies simply wouldn't budge,” he recalls. “Then MTV caught wind of it and aired it for free. Instead of the audience being limited to Singapore, it was aired from New Zealand to Japan to the Middle East. It really was a miracle.

“While the award was certainly meaningful, the ability to get the message to so many women was the real victory,” he continues. “It received a standing ovation from 600 women at a breast cancer symposium. I was incredibly moved when I got that news. It is one thing to relate to your peers, [but] it's another to relate to the people you are truly trying to reach.”

Curt’s success is clearly the result of hard work and dedication to his craft, but one simple philosophy helped to lay the foundation, and he urges young alumni looking to build a career in the advertising arena to heed the same advice: be yourself. “It may come at a price, but being your own person is worth it,” he observes. “There will come a time along the way when your integrity gets tested. If we learned anything at Avon, it is that our integrity is of tremendous value. I have done everything humanly possible to stick to my principles along the way.

“On many occasions, I am sure people have found my conviction and unyielding nature to be foolish, but I wouldn't trade who I am or my beliefs for anything in the world.” As a student at Avon Old Farms School, Mike Heinke '90 was a dormitory monitor, a member of the student council, and a tri-varsity athlete. He played varsity football and varsity baseball, and served as the starting goalkeeper of the 1989 New England champion varsity hockey team - a team that would be inducted into Avon’s Athletic Hall of Fame in 2004 - reflecting a lifelong talent and passion for hockey that would set the tone for much of his future.

"My whole experience was so great,” comments Mike, who was also a member of the 1988 league champion varsity baseball team and 1987 Erickson League champion varsity football team, despite having never played either sport before attending Avon. “When I walk on campus now, I feel like the ground is sacred. The way I feel when I walk around – I get chills up my spine. So many memories."

The athletic experience had a profound impact on Mike, who notes that coaches John Gardner, Kevin Driscoll, and Peter Evans, along with his deans and advisors, taught him much of what he needed to know to succeed on and off the field and ice. He also enjoyed relationships with his classmates and teammates, including Jason Pagni ’90, a close friend and fellow hockey player who tragically passed away in early 2014. Mike and several of his former teammates attended the services, a testament to the bond these brothers shared on and off the ice.

"Any time spent with Jason Pagni was something to talk about," he recalls.

Mike remains deeply entrenched in the Connecticut hockey world. At the Mite level, he has coached his son, Michael II, who may very well become a Winged Beaver himself one day, and his two daughters, Danielle and Chelsea, play on the Polar Bears, a premier girls’ hockey team that sees the Heinke family traveling all over the Northeast and into Canada for tournament play.

"My wife, Stacie, is a big part of our success, supporting the three kids and me," Mike notes of the busy schedule. "Three kids in hockey – we don’t see each other until Sunday night!"

Not that Mike would change a thing – his passion for hockey has clearly infected his family, as well, and he’s determined to give back to Avon as a way to reflect his gratitude, such as with the gifts he and his family have made toward the John Gardner Scholarship. As a student and an alumnus, the program and the school were so important to Mike that he wants to ensure the same experience for future generations.

“I hope to give somebody else the chance to experience the great things that I did - so somebody could attend who otherwise would not be able to,” he explains. “My best friends from Avon are still my best friends today.

"The memories are a part of who I am."

After Avon, Mike matriculated to the University of New Hampshire, where he enjoyed a career that still stands in the record books today: his 35 wins place him in a tie for 10th in career victories. After UNH, Mike went on to play semi-pro hockey, first at the New IHL Madison Monsters, and then at the ECHL Birmingham Bulls with Avonians Rob Donovan ’90 and John Joyce ’90. Next he traveled to Helsinki, Finland, for one season: “A great experience. I didn’t speak the language and the coach didn’t speak English,” he observes. But hockey was a universal language. When the coach wanted Mike to play, a teammate would have to tell him to get on the ice. He was given a car, and lived in an apartment alone in Helsinki, a challenge, he notes, that he was prepared to meet thanks to his time at Avon – perhaps recalling the time spent waiting in line for one phone call a week on a shared phone, and no Internet access!

"It made us more independent," he explains.

After returning from Finland, and considering his hockey options, Mike decided instead to join the family business at Mohawk Northeast, his father’s construction company, where he remains today as manager and operator of marine construction. He lives in Old Saybrook, Connecticut, working at the Mohawk office in Groton. Mohawk is a multi-faceted company specializing in heavy construction, such as bridgework, highways, and railroads; marine construction, including barge services, jetties and breakwaters, and shoreline protection and rehabilitation; and tugboat transportation. Also at Mohawk is Mike’s older brother, Allan, the father of Mike’s nephew and current student Justin Heinke '18.

Mohawk is family owned and operated since 1967, and Mike hopes that his own children will join him someday, despite the demanding and rigorous schedule that sometimes accompanies the job.

"There’s no such thing as a typical day and I love that," he says. "In the field, on a boat, in the office…Sometimes it’s a daunting challenge, but it is new every day and fun." 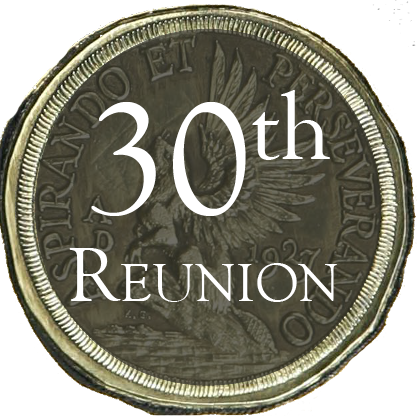