JOin us for a virtual happy hour

“In this bright future, you can't forget your past.” Trinity College has been playing football since 1877. On Saturday, November 8, its quarterback, senior Eric McGrath (AOF ’05), broke the single-season record for passing yards (2206) while soundly defeating Connecticut state rival, Wesleyan, 38-14. In so doing, Eric also broke the single-season passing record for all of NESCAC (New England Small College Athletic Conference), which includes nine venerable programs: Trinity, Wesleyan, Amherst, Williams, Tufts, Bowdoin, Bates, Colby, and Hamilton. What an achievement-especially since Eric also led Trinity to an undefeated, 8-0 season which, in the end, is what really mattered to him. Eric is the quintessential team player. Trinity coach, Jeff Devanney, describes him as, "a tremendous person... one of the greatest leaders I've been around. Eric is a winner." A multi-talented, two-sport athlete, Eric was also a pitcher on Trinity's NCAA national champion baseball team last spring.

During his career at Avon Old Farms School, Matt Jones was a solid student and an excellent three-sport athlete in football, squash, and tennis. In addition to his academic and athletic success, he is most remembered for his outstanding singing voice as part of the Riddlers singing group.

Following his Avon career, Matt matriculated to Davidson College where he auditioned for and made Davidson's elite a-cappella singing group known as the "Generals." He is currently the music director of the group. In their 2008 CD entitled, "A General Consensus," Matt is featured in two solos including "Come Sail Away" and "Crazy." His former tennis coach, Mr. Coons, along with many others who have heard his incredible voice, would like to see him audition for and become the "Next American Idol."

Matt, a history major, will graduate from Davidson next May. He will then pursue a career in real estate, insurance, or perhaps music. Anyone interested in contacting Matt to say hello or to purchase a "Generals" CD can e-mail Matt at majones@davidson.edu.

The 2012 Stanley Cup winning goalie is a Winged Beaver. He lived in Jennings dormitory, ate his meals in the Refectory, and can tell you who Diogenes was. Jon Quick ’05 is just like any other alumnus, except for one thing... his name is etched into Lord Stanley's Cup.

Quick has become one of the best goalies in the NHL in a relatively short period of time. The Kings selected Jon in the 3rd round of the 2005 NHL draft after he had led Avon to two straight New England championships. Before turning pro, however, Quick played two years at UMass-Amherst, setting school single-season records in wins, appearances, saves, and minutes in 2006-07. A win against Buffalo in his NHL debut on December 6, 2007 set the tone for great things to come. He was a member of Team USA that competed in the 2010 winter Olympics, and now Jon is on top of the hockey world, having led the LA Kings to their first Stanley Cup in franchise history. Los Angeles sent the New Jersey Devils packing with a 6-1 win on Monday, June 11 to end the series in six games and leave Hollywood in hysteria.

After kissing the Stanley Cup, Quick collected more hardware when he became only the third American-born recipient of the Conn Smythe trophy. Amazingly, he is now the second Avon graduate to capture the NHL playoff's highest honor as the Most Valuable Player-- the other being Brian Leetch ’86.

Jon and his wife, Jaclyn, enjoyed their wedding ceremony in the chapel at Avon Old Farms. Jon, Jaclyn, and their 2-year-old daughter, Madison, made an appearance on the Farm at John Gardner's Hockey Camp last August. 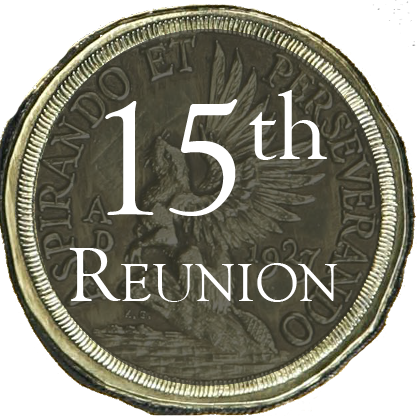