JOIn us for a virtual happy hour

“I've never been anywhere quite like Avon. This school is so unique; all-boys, the tradition, the spirit, the camaraderie. There is nothing else better.”

Matt Coz from the 2010 Winged Beaver Yearbook This month’s featured alumnus is Ben Custer, whom Avon was fortunate enough to bring back and join the 2015-2016 teaching faculty. Custer is a familiar name on this campus, but we asked Ben some questions to see what he has been up to since leaving the Farm and to get some of his thoughts about his return.

eNews: What did you study at Middlebury?

BC: I majored in "English and American Literature" at Middlebury, though I had no idea that's what I'd do going in. Essentially, I made it to the point when I had to declare a major for the school and realized that most of the classes I took were in literature, so it was a no-brainer.

eNews: What was your most memorable/enjoyable class there?

BC: The class that stands out to me most now is a seminar called "Truth and Other Fictions" taught by the professor who would later become my thesis advisor. We read works that all in some way blur the line between fiction and non-fiction (Art Spiegelman's Maus, Georges Perec's W, or the Memory of Childhood, Kafka's “The Judgment” to name a few) and the professor had an extraordinary gift for finding a tiny detail in the text and using it to reveal some beautiful greater “truth” about life.

eNews: I’m sure you have it in your blood—you must—but what ultimately turned you toward teaching?

BC: Truth be told, I was adamant in college that I would not become a teacher until I was at least thirty. However, helping out with Avon’s production ofOthello last spring showed me how rewarding it could be to help students achieve lofty goals, so that opened my mind to the possibility of teaching.

eNews: Shortly after graduating from Avon, you traveled to New Zealand. What was that like? As a Lord of the Rings fan, was it a bit of a pilgrimage?

BC: The time I spent in New Zealand was hands down the happiest and most fulfilling period of my life so far. I was in an environmental protection program based right outside the capital city of Wellington. The other volunteers were from all over the world, and we spent our days working in places of breath-taking natural beauty. The Lord of the Rings connection just made it that much more special for me; I stood in front of Bag End and Mount Doom, drove across the plains of Rohan and walked the woods of Rivendell. I also stopped by WETA Workshop, the incredible group that made the costumes, props, sets, miniatures, computer effects and really turned New Zealand into Middle-Earth. I am desperately hoping to find a way to live there for at least a year before I get too much older, so I would highly recommend a visit to anyone who thinks they're interested.

eNews: What are you most looking forward to in your role as AOF faculty member? Can you describe what it is like to return, but "to the other side of the desk"?

BC: What I'm most looking forward to right now is sharing some of my favorite works of literature with the students. Works like The Things They Carriedand Leaves of Grass mean a tremendous amount to me and now I have a chance to show a new group of students why they're so powerful. The return has been pretty surreal so far; it'll be great to work with a group of people that I have known and admired for a long time, but it's hard to process that Mr. Gardner is now my "colleague." 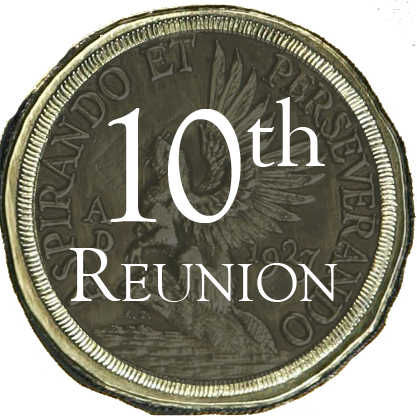