We all know volunteering is good for teenagers; however, when a teenage boy lets his guard down to connect—really connect—with people in dire circumstances, the benefits of volunteering rove from good to inspirational. In the past, a teenage boy might be pigeonholed where his masculine traits of physical strength could be used best: performing manual labor. While there is work to be done in our communities painting, removing trash, building, and landscaping, the heartfelt giving of oneself is what's truly transformative. The exchange between a high school boy and the person he is opening up to can propel both parties to a new level of mutual understanding: the boy becomes an ally to the individual he shares his personality with; a line is drawn between two different planes; and, that bridge becomes the platform for bold, society-changing ideas to spring off of.

The Mission: Serve Food at a Homeless Shelter

Service learning has been a trademark of the student experience at Avon Old Farms, the all-boys school in CT, since the institution was founded in 1927. The young men help out at the community farm, host Special Olympics events, partner with Habitat for Humanity, give blood, fundraise for a number of nonprofit organizations, and (my favorite) serve at homeless shelters.

Recently, a dozen teenage boys from Avon Old Farms encountered a moving experience when they volunteered to serve dinner at South Park Inn, a family-centered homeless shelter in Hartford, CT. The students came in with trays of chicken and rice: they left with tuned-up hearts and dialed-in minds.

The Magic of the Mission: Creating Space for Shaken Children to Feel Safe

While the boys were setting up food, the social worker pointed to a mom and her three spring-loaded boys huddled in the corner: “just checked that family in an hour ago ... tough situation ... needed to find a safe place fast.”

The Avon boys diligently served the guests some soul-soothing food cooked by the school’s culinary wizards. Charm flowed liberally; yet, an invisible shield between the boys and the strangers remained intact. Then, magic happened. Several boys wandered to where the newly displaced family was eating. A glance in their direction revealed three giggling little boys bobbing around three beaming bigger boys. The Avon boys had effectively dropped their guard. The result? The little boys felt secure in the space created by the open-hearted and playful young men who had intentionally made a connection with them.

While her gaggle of boys air-light-sabered the teens, mama ate her food ... shoulders a little softer.

Beaudan Szuluk, a senior at Avon Old Farms, recalled his venture: “Meeting everyone at the shelter, especially the children, was so meaningful and changed my whole perspective on volunteering. Seeing these boys, who obviously weren't at fault for being there, smiling and joking around with me made me realize that the people in this situation deserve to be helped. Seeing them talking about the same shows that my little brothers watch, and thinking the same things are funny that they do (mostly making fun of me) made me realize that my prior belief of the type of people that are at shelters was completely wrong. At the very least I will be volunteering at this shelter or another, largely because of the interaction that I had with these kids.” Magic indeed.

There's no doubt that the guests at South Park Inn were blessed by the food and presence of the Avon Old Farms boys; that said, the teens also walked away with an undeniable boost. Here are five ways a teenage boy can better himself by volunteering:

A teenage boy who volunteers opens a portal to tools that can balance and boost emotional health. Harvard Medical School says, “studies have shown that volunteering helps people who donate their time feel more socially connected, thus warding off loneliness and depression.” Meeting new people from a different background—knowing who these people are—strikes a chord within the teenage volunteer that resonates back out, in the process depleting stress hormones in the wake of altruism's chemical release of dopamine. Simply put, volunteering makes people feel happy.

It’s crucial for a teenage boy to feel good about who he is as a person; essentially, his self-esteem is what helps him gain the footing to reach the next level of his best self. Volunteering bolsters a young man’s sense of what his innate personality is capable of. The Journal of Research on Adolescence noted, “When teens step out of their comfort zone to help people they don't know, they feel confident.” A teenage boy who is humbly confident as a result of helping another human being will positively impact his own circle of friends and family.

When a teenage boy can put himself in another person’s shoes, he experiences a transformation in his own psyche. An empathetic teen leans into what it may feel like to be ... say, homeless perhaps. From seeing himself in the dire situation of not having a place to sleep or eat, he is able to emote back a listening spirit that is assuring. Dr. Chris Doyle, the Avon Old Farms teacher that led the boys on the journey beyond themselves explained, “I wanted my students to work at a homeless shelter to develop empathy. People end up homeless for many reasons, and some factors are beyond their control. I wanted my students to see that just a few bad breaks can leave people without a place to live.” Feeling another person’s emotions expands a teenage boy’s ability to move through life aware of how he fits—moreover how he can contribute to—his vast world.

The teenage boy on a mission to accomplish something great is a force to be reckoned with: he has a reason to live and achievements to aim for. Volunteering can be a key to unlocking life direction when he digs deep to familiarize himself with the social issues affecting his community of influence. This study on civic engagement by young adults says the effect of volunteering can even “help stabilize democratic societies by directing their discontent into constructive channels.” A sense of individual purpose can be elusive, even for the most seasoned adult; fortunately, for the teenage boy, volunteering is a good place to explore his life-direction.

Young children pick up cues of how they should act from bigger kids. When young boys observe older boys volunteering—connecting—they witness a form of masculinity that is powerful in its vulnerability. The Avon Old Farms crew at the homeless shelter modeled strength in character by being approachable and the little boys responded by surrendering to their inherent playfulness. It took guts for those teenage boys to walk over to that family and courage to open up to strangers. Dr. Doyle said, “One of the social workers said that the Avon boys ‘made those kids' week.’ Our boys cracked jokes with the kids at the shelter; they talked sports; they asked about where the kids went to school and what subjects they liked.” Those three little boys were given an example of kindness and humor: solid role models in their uncertain life. The Avon boys gained the knowledge that their presence-with-mission can be powerful.

A few days after the transformative homeless shelter visit, South Park Inn's social worker sat encircled by the AP US Government class at Avon Old Farms. The boys leaned into the heart of the circle—drawn to her insights on poverty. They wanted to help: they were awakened to their role in affecting personal and national change.

Teenage boys who volunteer not only help the organizations they are lending their time to, but they reap healthy benefits that can change the trajectory of their own lives and society as a whole. 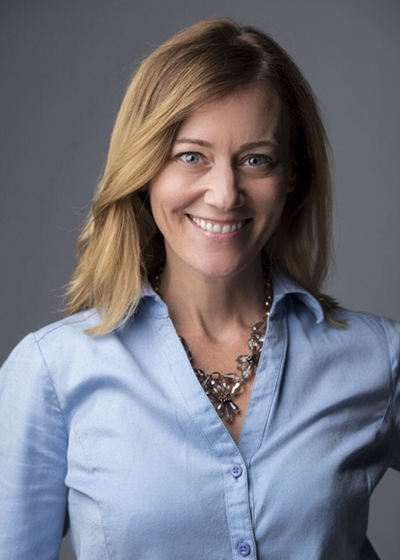 Associate Director of Marketing and Communications