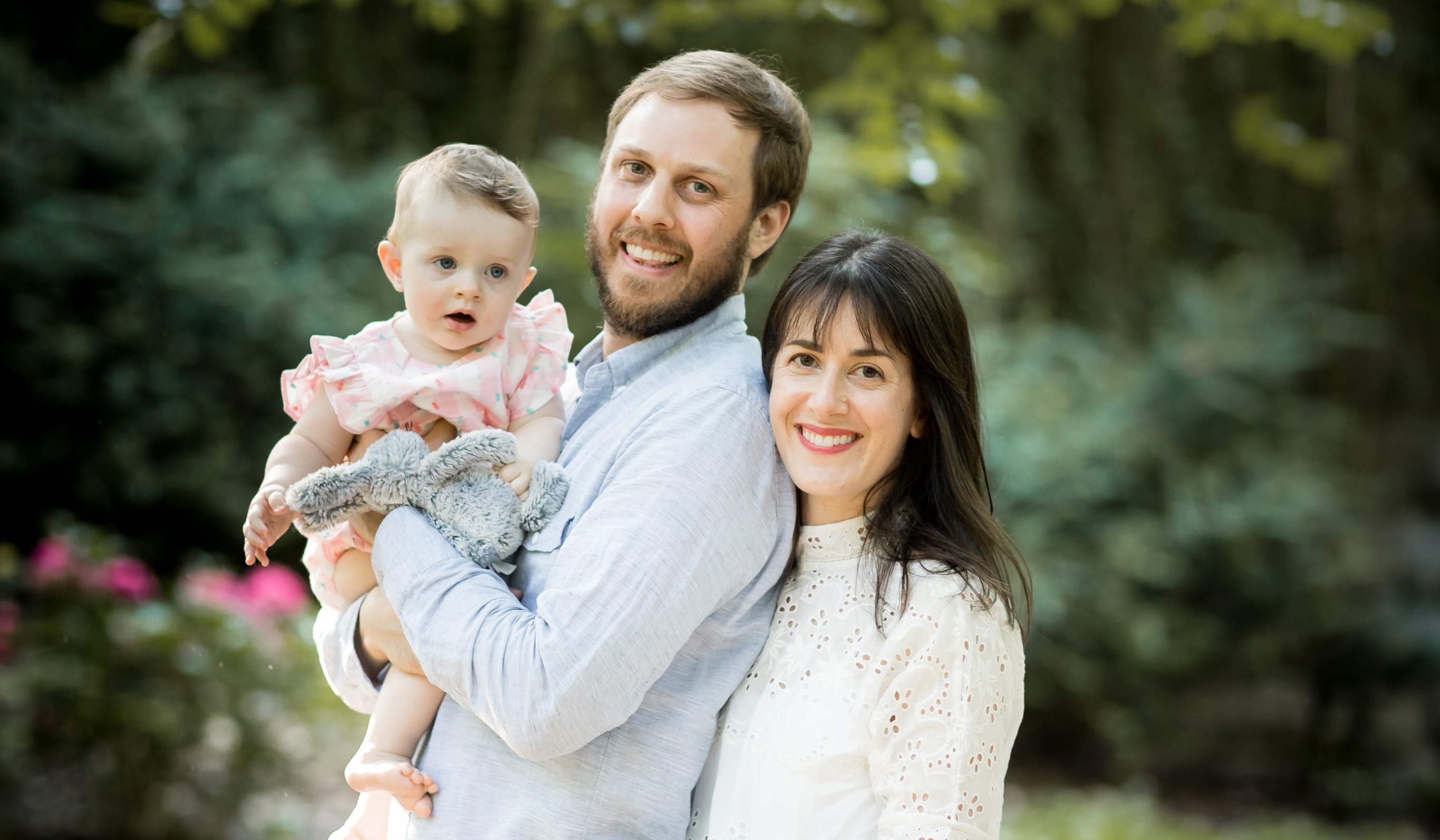 At Avon Old Farms School, legacy students are a special group of individuals. But, as alumnus Andrew Corrigan '98 explained, being a legacy isn't about reliving the same experience your father had - Avon is all about finding your own path.

"I grew up hearing about Avon, and visited the campus with my dad, Jim Corrigan '67, when I was young, but there was never the idea that I had to go there myself," said Andrew, who currently lives in New York City with his wife Amanda and daughter, 14-month-old Amelia. "When the time did come to start considering schools, boarding school was an option, and Avon was on the list of places to explore."

During an official admissions visit to campus, Andrew recalls touring campus with admission ambassador Brian Buzun '97, meeting many friendly and helpful people, and Mr. Sid Clark taking a moment out of his class in the library's Clark Room to say hello.

"Having a legendary teacher like Sid Clark remembering my dad so well and taking the time to speak with me about Avon was just another facet of what made Avon feel so special."

Andrew explained that, while his father carefully spoke about why Avon was so transformative for him as a young man, the decision on whether or not to attend Avon was completely up to Andrew.

"The thing is, I had truly as much love for Avon as my dad did, and that is why it became my home for the next four years," Andrew said. "I may not have been the 'stereotypical' athletic Avon boy of the 90s, but the school had so much to offer in so many other ways that I couldn't have wished for a better experience."

Andrew shared that he was always into the arts, and found a real love of learning at Avon. He recalled Mr. Trautman saying, "This is your (the students') school," and found that to be true time and time again. 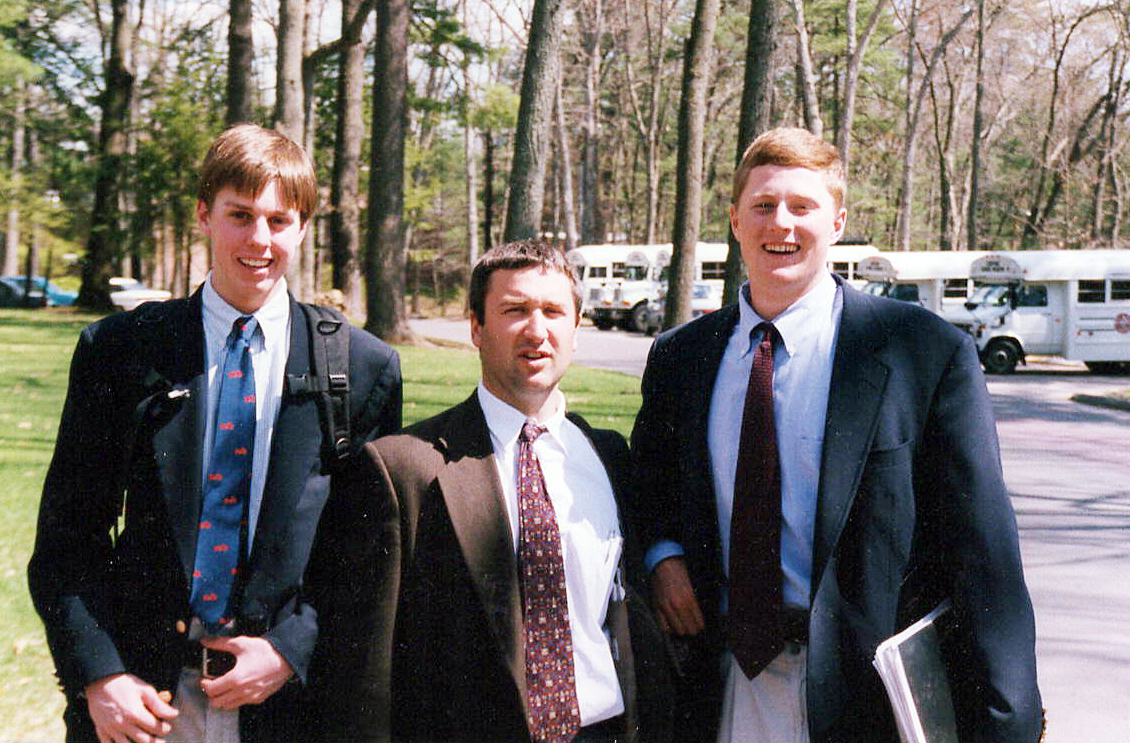 "Jim Detora was a phenomenal teacher - his classes were demanding, but he had an approach to teaching that nurtured students, and focused more on learning than grades," he said. "I remember one AP physics exam that everybody failed. Jim passed back the tests and said over and over 'I want you to understand the material.' He let us retake parts and offered extra help to review areas that we hadn't grasped the first time. He instilled the value of learning over grades. It was inspiring."

Andrew also recalled his classes with Art Custer, describing him as not a teacher, but an icon of steady demeanor.

"He was measured, bright, well-read... his approach to life was an inspiring example of how to be a good person," he said. "I really appreciate what a role model he was for me and my fellow students."

Andrew also reflected on how lucky students at Avon are to have dedicated resources available to them at all hours.

"At the time I was lacking perspective, but now I have a family of my own and I see how much time it takes caring for your wife and daughter while working full-time," he said. "The energy, time, and compassion that all of the faculty at Avon have for their students is mind-boggling." 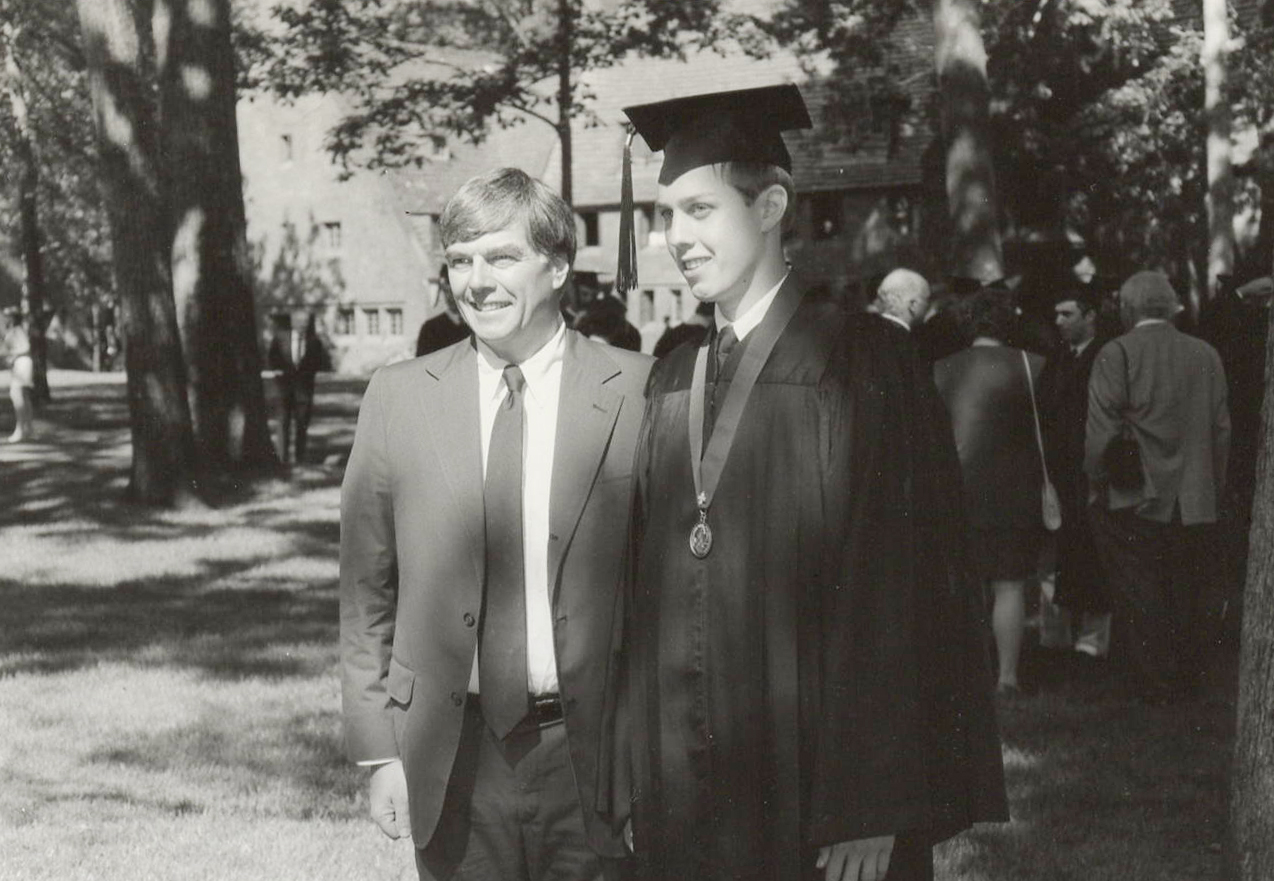 A big part of Andrew's experience was his father's presence and involvement in the experience, which he was able to uphold without a hint of trying to control or steer Andrew's time at Avon.

"My classmates thought he didn't work because he somehow made it all the way from New Hampshire to watch my thirds basketball games," he said. "And at graduation, he gave me a book about the history of Avon Old Farms, signed by every person who was important to me at Avon - it remains one of my most prized possessions."

After his graduation from Avon, Andrew pursued a passion for architecture that had budded when he was just six years old and his parents were working with a designer to build a new home.

"I recall being a part of the process - as much as a child could: looking at tiny models, floor plans, and even being asked what I desired in a home," he shared. "I wanted the house to be made out of brick because I thought that would be sturdy and safe. My parents didn't end up building a brick house, but the architect worked the design and placement of the chimney to be next to my room, and left the brick exposed so I had that detail to make my space mine."

Andrew explained that the experience of seeing the architectural possibilities and creating a space that worked for his family drew him in, and the famed architecture at Avon Old Farms only enhanced that interest in architectural design.

"I cannot think of a better example of how architecture influences a person's experience," he said. "The proportions of the school, the layout of the dorms, classrooms, and faculty housing - every little detail is a lesson in thoughtful design. Theodate's vision of creating a small village in which the school community interacted regularly steered the way we all lived, and the way we learned."

And so, Andrew attended Middlebury College to study the history of art and architecture before earning his Master of Architecture at Rice University, where he met his wife, Amanda.

After finishing his education, Andrew worked in several places, including Denmark and Chicago. After a long time of being away from Amanda who lived in NYC, Andrew decided he needed to move to New York to be with her and began looking for jobs in the city.

"I had a bunch of interviews and I was confident that one of them would work out, so I took a leap of faith and moved before being offered any position," he shared. "Then, there was one job I was pretty sure I was going to take it, but then a last-minute opportunity came up, and I decided to go for just one more interview."

That opportunity was with Stone Fox Architects, and Andrew shared that the sense he got from the business during that one last interview was just the right fit.

"I liked how the founding partners ran the firm, I loved the energy they had, and I could sense that it was a great environment that I wanted to be a part of."

Andrew decided to take the job, and to prepare for his first day at the office decided to do some background research on the firm's partners.

"Honestly, I wanted to make sure I was confident in who was Chris Stone and who was David Fox, so I went to their LinkedIn profiles - and it was only then that I learned Chris Stone was an Avonian - Class of 1988."

Was their Avon connection the reason Andrew felt at home at Stone Fox? Or was it those core values that Chris saw in Andrew that he felt confident in? We'll never know for sure - but we do know that an Avon connection always carries strength.

"Once we talked about our shared history, we knew it was something that bonded us - even though we attended Avon 10 years apart, a lot of our defining experiences at Avon were the same. And, since then, we've had the opportunity to work with other alums as well."

This spring will mark Andrew's 20-year reunion since graduating from Avon Old Farms, and he says he cannot wait to bring his young family to campus.

"Avon is a place where everyone has their own experience, and returning to campus reignites the passions you had as a student here," he said. "All the memories flood back, and the continuity of the faculty makes it feel like this is still your home - even if you haven't been back in a while. You can see that the school has evolved over time, but when you think about how great it was back then, you can only imagine what amazing things must be happening there now. And despite the school moving forward, all of the things that you loved about it have remained the same - it's a magical place."

Whether your memories are of tricking Deb Case into reading a fake announcement at the end of lunch or of watching a championship sports game, we hope that the class of 1998 will return this spring to relive their collective experience together. For more information on Alumni Reunion Weekend 2018, visit www.avonoldfarms.com/reunion or contact Liz Abramson at (860) 404 – 4268.