Deplete Anxiety and Boost Your Attention Span with Mindfulness

◄ Back to Blog
Art Custer

Deplete Anxiety and Boost Your Attention Span with Mindfulness

If I told you I was going to offer a Mindfulness Meditation Retreat—sitting meditation, walking meditation, body scans and mindful eating, almost entirely in silence—to a group of 405 teen-aged boys, how many do you think would take me up on it? At Avon Old Farms, the private New England school for boys, it turns out the answer is 70. (The Retreat was an Intersession course, and seventeen students participated, while fifty-three others identified the Retreat as a top five choice among the 30+ possibilities.) Frankly, the number 70 is far higher than I thought it would be, but I suppose I should have known better.

Why Offer Meditation to Students? 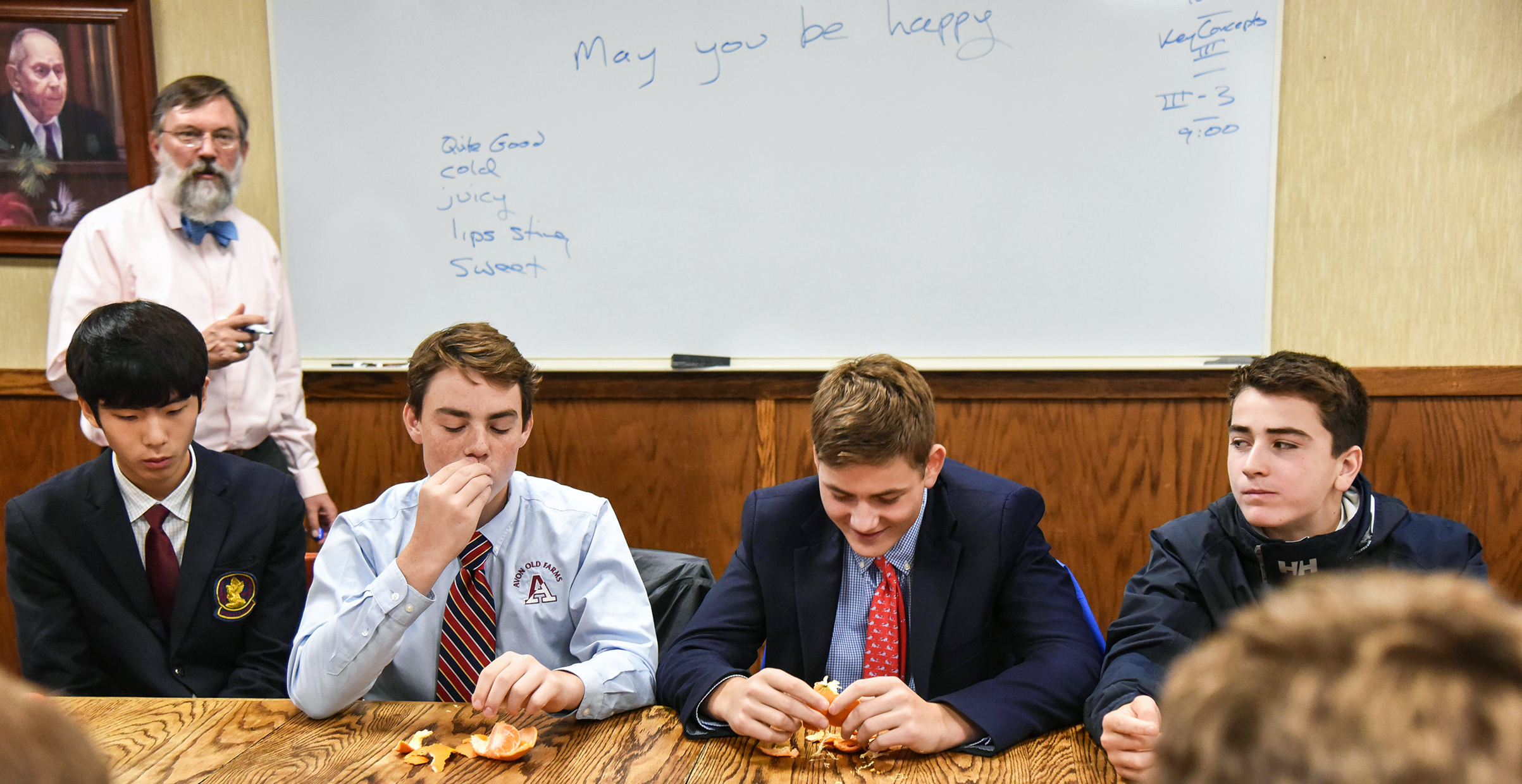 At this CT boarding school, we have been actively pursuing mindfulness on campus since 2014. In that year, after a “Chapel Talk” about the benefits of meditation, we formed the Meditation Club (aka “Club Med”), which meets several times a week to sit briefly in meditation.

Why meditate, and why offer meditation to students? For one thing, surveys consistently indicate that students today are under very high levels of stress and that they are having difficulty dealing with it. Meditation, and mindfulness practices generally, are a very effective way of reducing the impact of stress. Indeed, shortly after we started “Club Med,” I was approached by a Big Man on Campus — excellent student, leader, star athlete heading to an elite college — who told me he was confronting almost crippling anxiety and he found meditation to be an effective weapon against it. 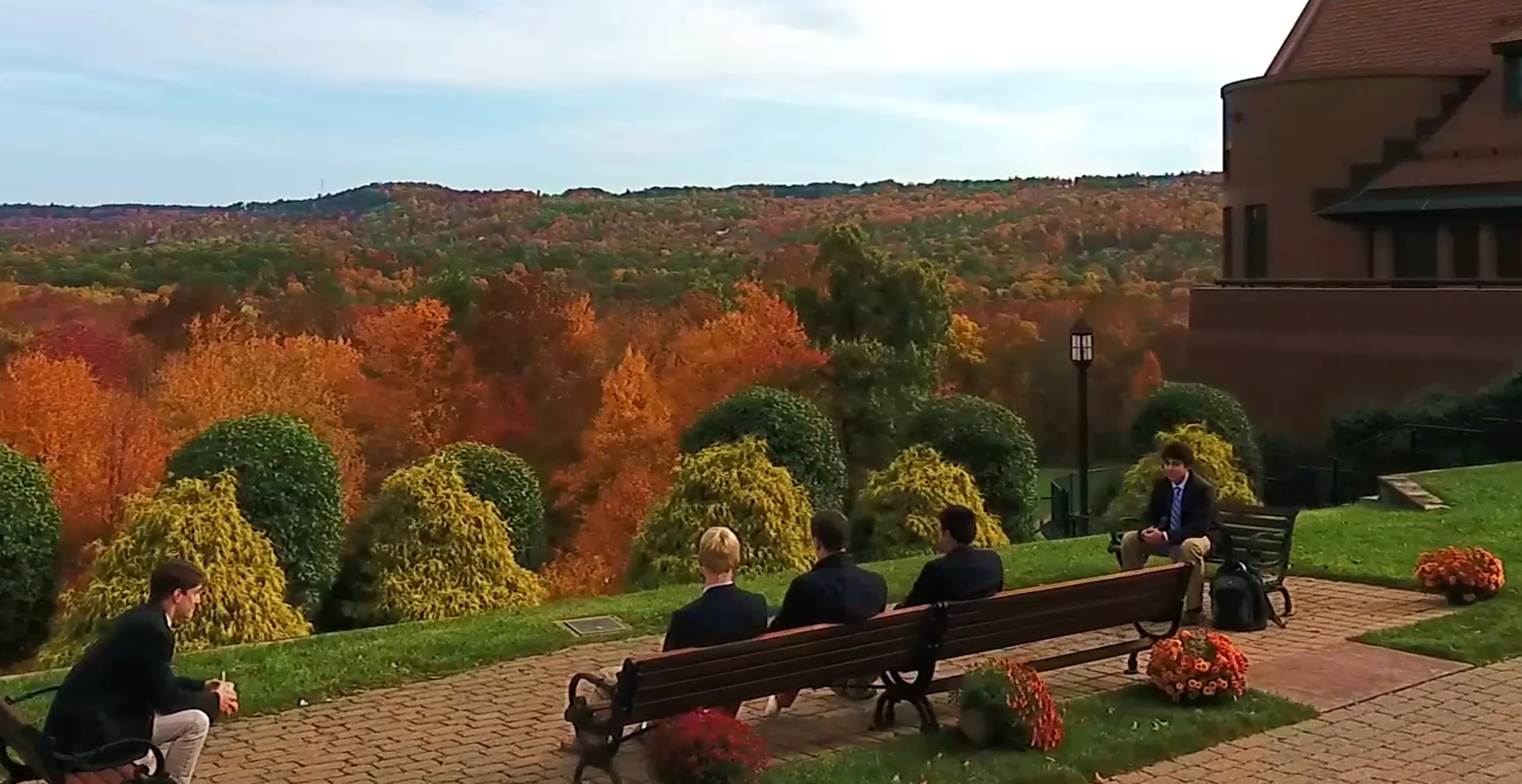 Beyond that, mindfulness helps students boost their attention spans. For centuries, teachers have been telling students to pay attention, but we have seldom offered much help with how to pay attention. Mindfulness meditation is literally attention span practice. One seeks to focus on a particular “object” (often the breath) and to recognize when the mind has wandered. Each time a meditator realizes his or her mind has wandered off and gently returns his or her focus to the original object, it is like doing a push-up for the attention span.

After a few years of “Club Med,” we added an informal mindfulness class, which was actually a series of several short presentations that took place in classrooms of all disciplines. That “class” has since become part of the Avon Advantage curriculum, so that now almost all Avonians will get at least a basic introduction to mindfulness and its benefits. Some of them might even choose to go a step further and take an Intersession course called Mindfulness Meditation Retreat.

Share to FacebookShare to TwitterShare to LinkedInShare to PinterestShare to EmailPrint this page
A Tradition in the English Classroom Has A Modern Touch
How the AIP Program Leverages the Alumni Network to Give Young Avonians a Leg Up
Two Week to Go: How To Finish A Semester Strong, Online
Avon's Approach to Online Learning
Making Myths: A Lesson in Active Learning